One of the leading visual artists of Senegal, Pape Seydi Samba holds up a mirror to Africa, in whose reflection we see ourselves. This fascinating collection is a continuation of Tasneem Gallery’s exploration of the shared human experience. The idea for this particular exhibition was inspired by the artist Godfried Donkor, himself a part of the African diaspora.

Pape Seydi Samba comes to Barcelona fresh from his residency at the Bronx Museum of the Arts in New York. Widely recognised in Senegal, this is his first solo show in Spain although he is not new to this part of the world. In 2000 he took part in a collective at the Centre de Cultura Contemporània de Barcelona (CCCB) entitled the Artists and the City, curated by Pep Subirós a Spanish writer and philosopher. The exhibition Transmissions Part 1 brings together Pape Seydi’s work on the two contrasting themes of group protests and the audience-fighter relationship at a wrestling match to demonstrate deeply felt aspects of society.

In cities across Europe in recent months, demonstrators have taken to the streets to protest. The relationship between people and politicians, always difficult, is now severely strained due to socioeconomic circumstances. But this instinct for mass protest is not new; nor is it confined to Europe. Its global nature is shown through the lens of Pape Seydi Samba who, with his depictions of his native Senegal, crosses our mental borders to examine the universality of the struggle to control one’s own life.

Pape Seydi Samba is unafraid of challenge. Whether political or physical, he seeks it out with a photojournalist’s desire to document and an artist’s need to interpret. This most contemporary of artists does not shy away from difficult themes but instead challenges his audience to engage with them. This is work which demands thought and introspection. For Pape Seydi Samba, the message begets the medium: he moves from photojournalism to pen to digital image manipulation to best engage the viewer. By using modern media to show timeless human conflicts, he takes away the comfort zones of distance and otherness and makes the viewer see the commonality of our struggles.

As Godfried Donkor writes of Pape Seydi Samba: ‘He readily describes the happenings around his present environment — and especially Senegalese everyday life — through his lens, constantly taking pictures where humour and denunciation are pertinently combined.’

In ‘The Nation’s Red Echoes’, Pape Seydi Samba takes this emotional mix and spikes it with powerful symbolism. The colour red flows and splashes across the works. Arresting and compelling, it draws attention to the seriousness that lies beneath these vignettes: the frustration of Senegal’s youth, forced to migrate to Europe to determine their own destinies; the oppression of the ruling classes; the real spilled blood of the persecuted and punished.

Another prevalent symbol here is the outstretched hand. But this is not an appeal: the obvious cliché here is subverted as the outstretched hand variously becomes a power salute, a frenzied grab, a means to hide the eyes or a limp and lifeless limb. The single gesture holds a multitude of meanings.

The second part of the exhibition, ‘Wrestlers and Supporters’ explores different emotions. Primal and deep, the instinct laid bare here is competitiveness. The Senegalese wrestlers are individuals — contesting a raw, man-to-man trial of strength and skill — yet also icons: representatives of their villages and bearing the burden of their collective hopes.

The wrestlers must combine power, balance and sensitivity in their art. Pape Seydi Samba refers to their “invisible strength”, the brains required to drive the brawn in the restricted and intense arena. More compelling than the physiques of the wrestlers are their faces. Here are written the shifting emotions of nervousness, responsibility, desire and a controlled, focussed belligerence: the building blocks of the competitor.

Once the action begins, the furious, anaerobic explosiveness of the wrestlers is matched by that of the crowd. As Pape Seydi Samba himself says: ‘I share a new named concept, ‘Euphoria of the victory’, which is a moment of madness of all the senses, or the whole body. The supporters and the wrestlers live the same muscular contractions, the same reflexes and the same cardiac tensions aroused by a brief moment of wrestling, which can last between two and fifteen minutes.’

For the crowd, this is a release from the intangible frustrations and disenfranchisements of daily life. This is their champion, their winner, their result. The exultation is palpable and Pape Seydi Samba expertly captures the kaleidoscope of their exuberance as the drama unfolds.

‘Transmissions Part 1’ is an opportunity to see the work of an artist in the full grip of his muse. Timely, relevant and important, it is a clarion call to universal humanity. 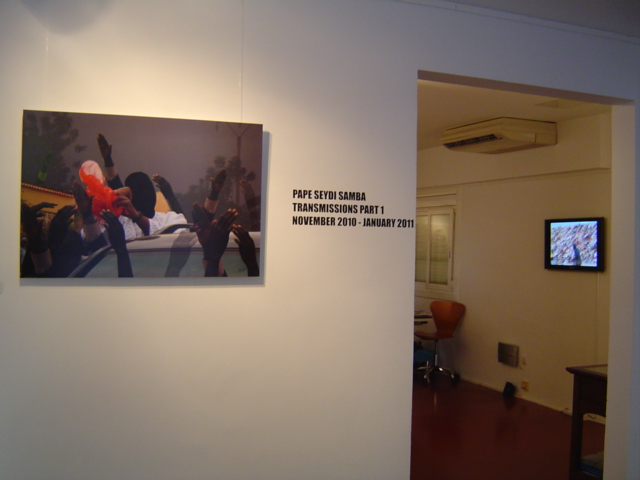 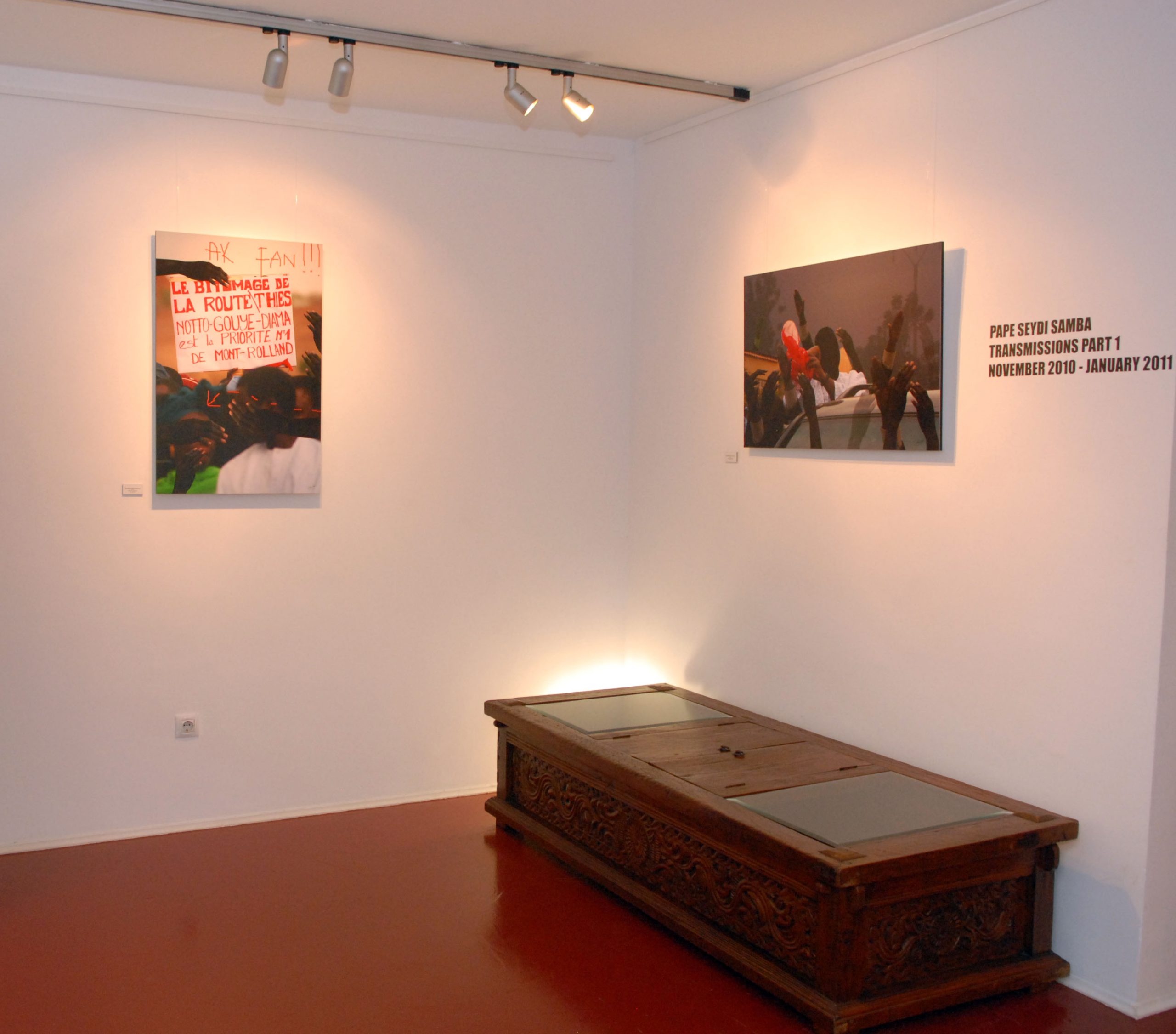 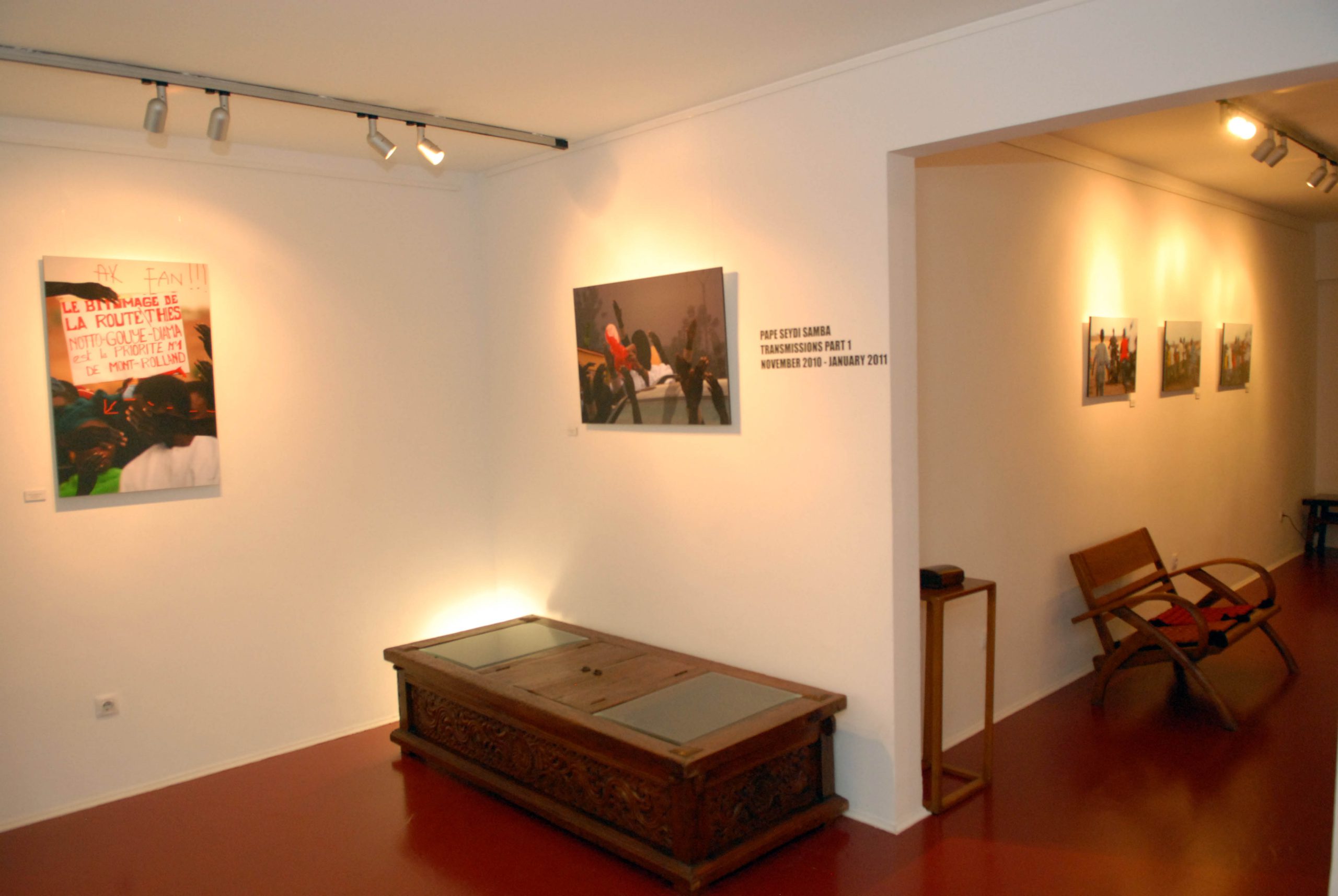 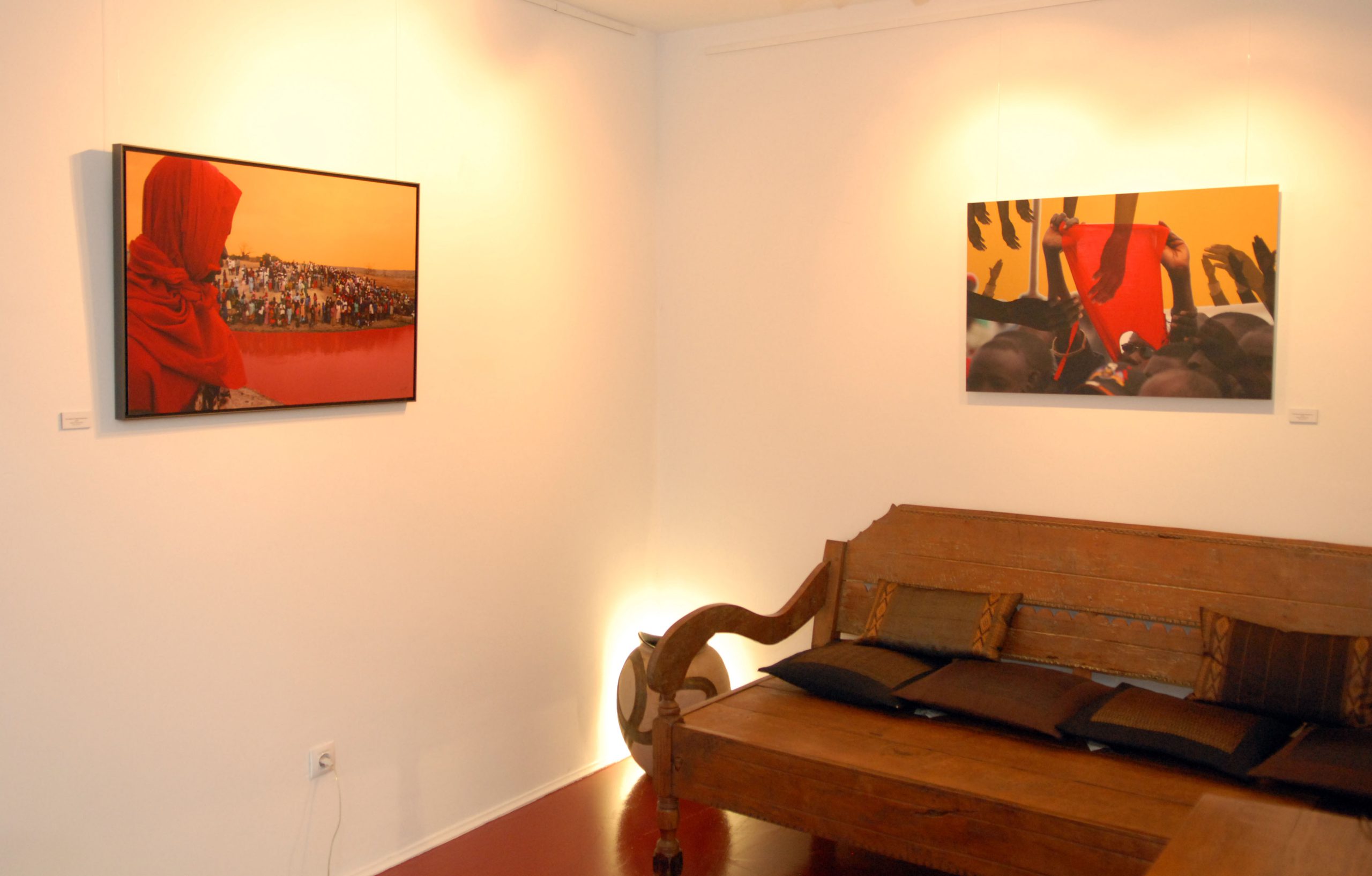 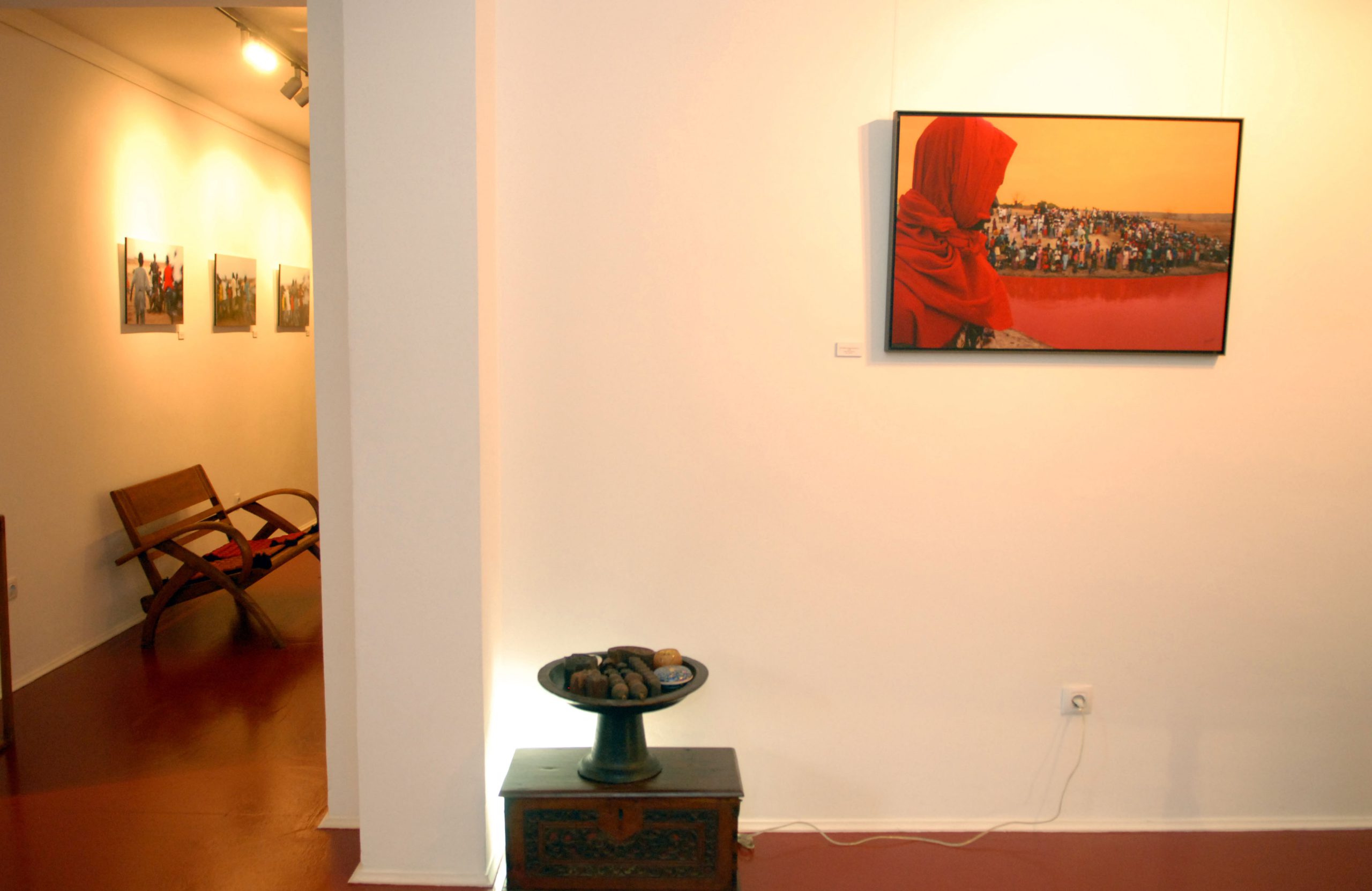 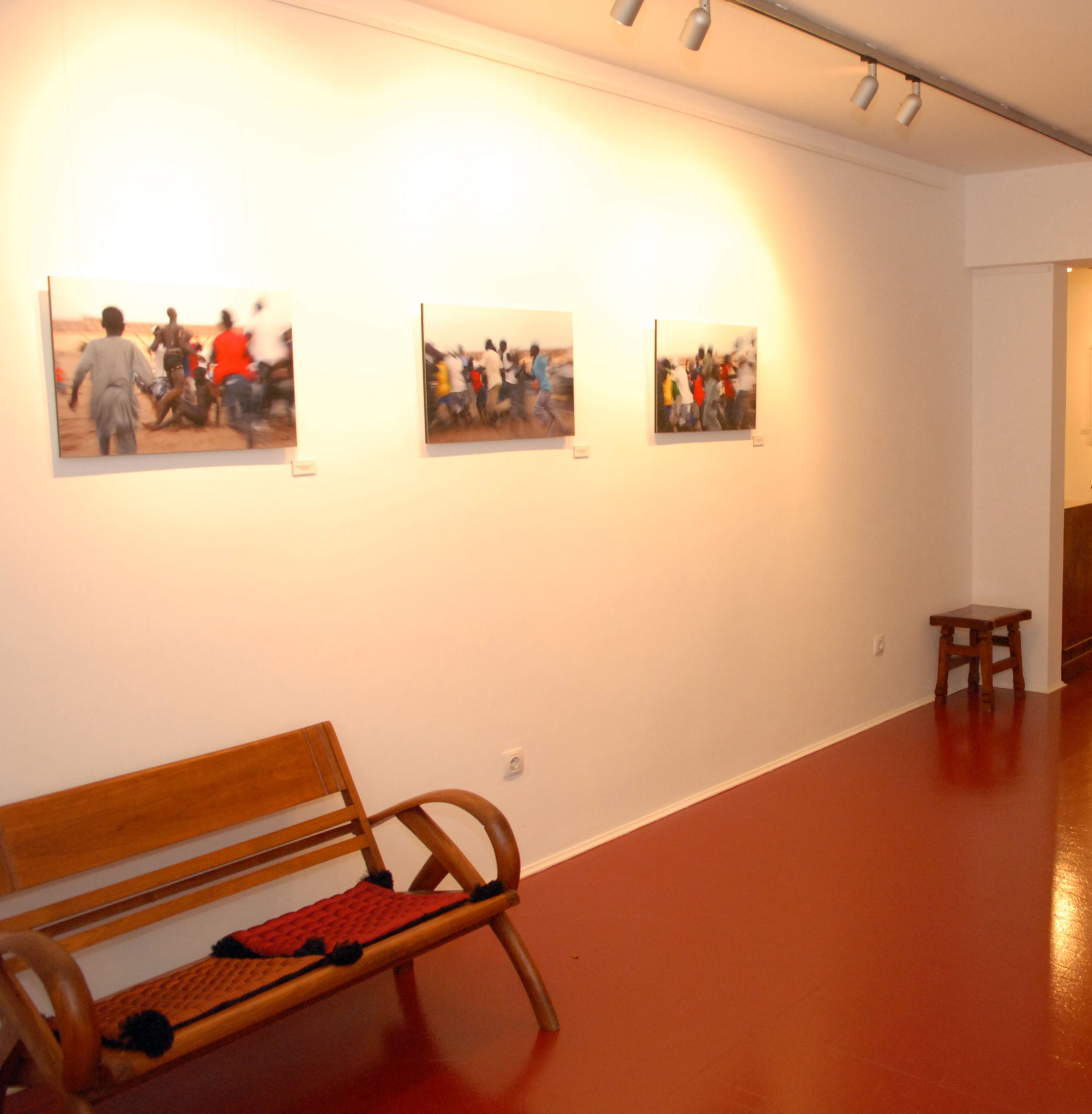 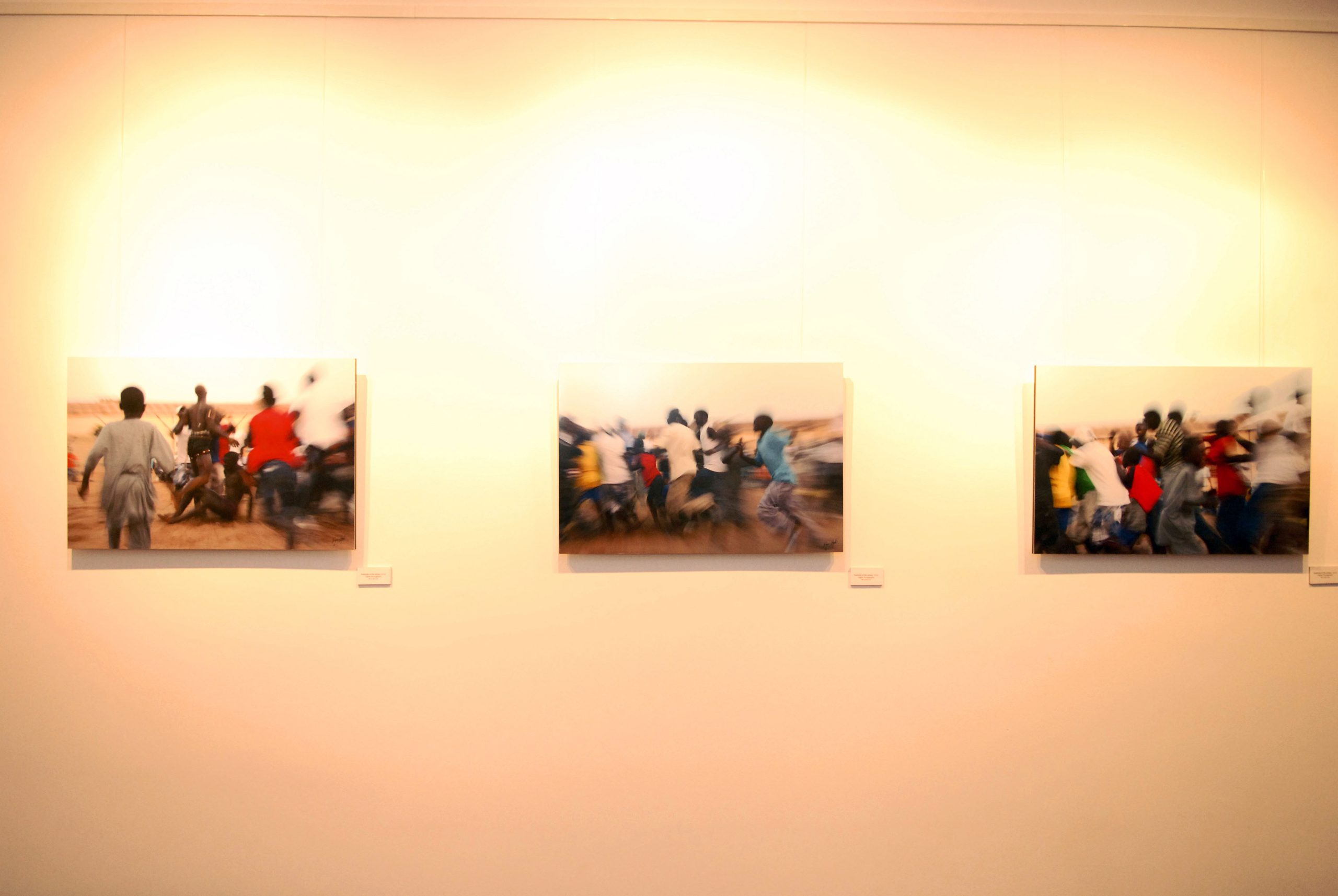 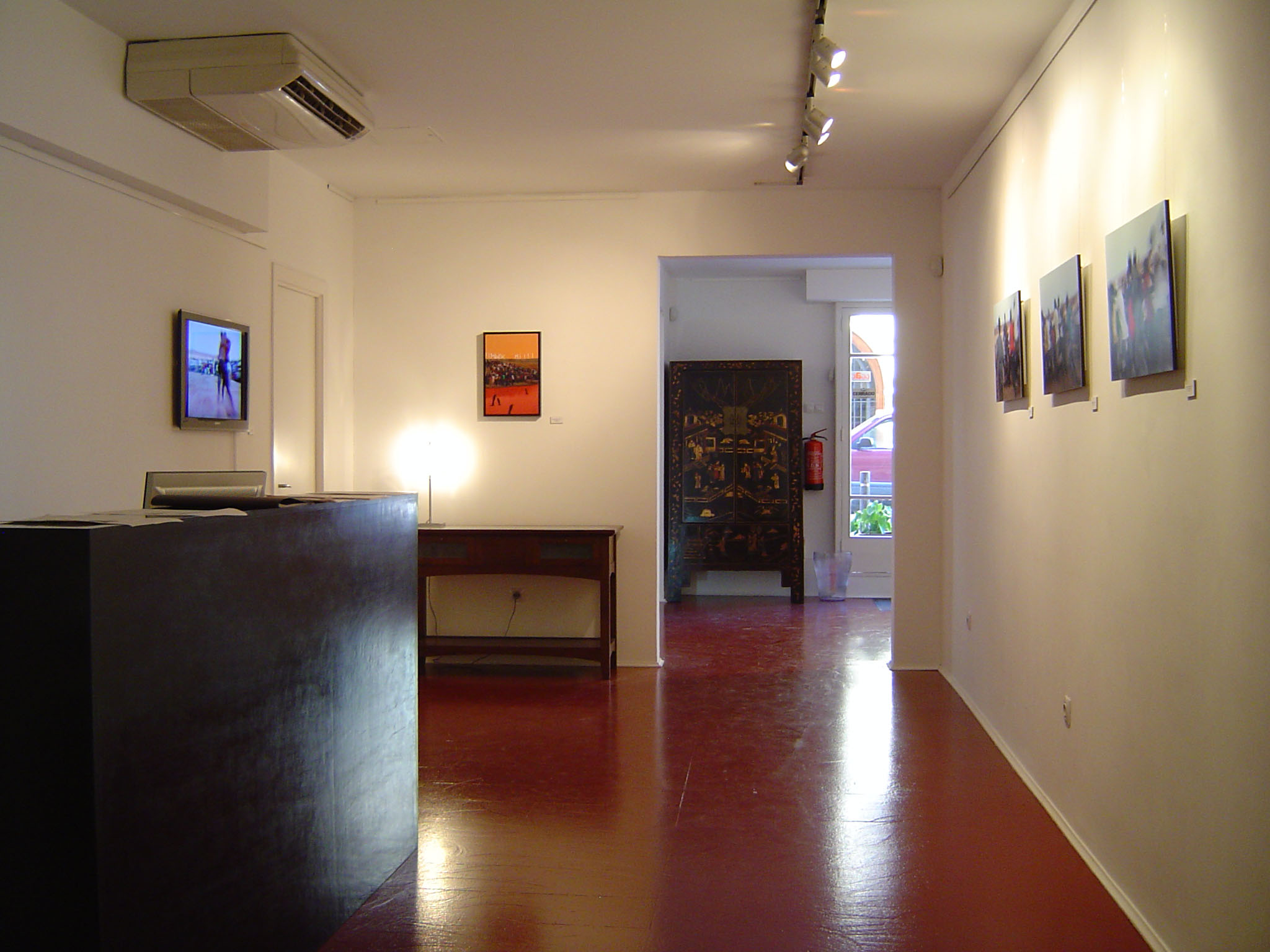 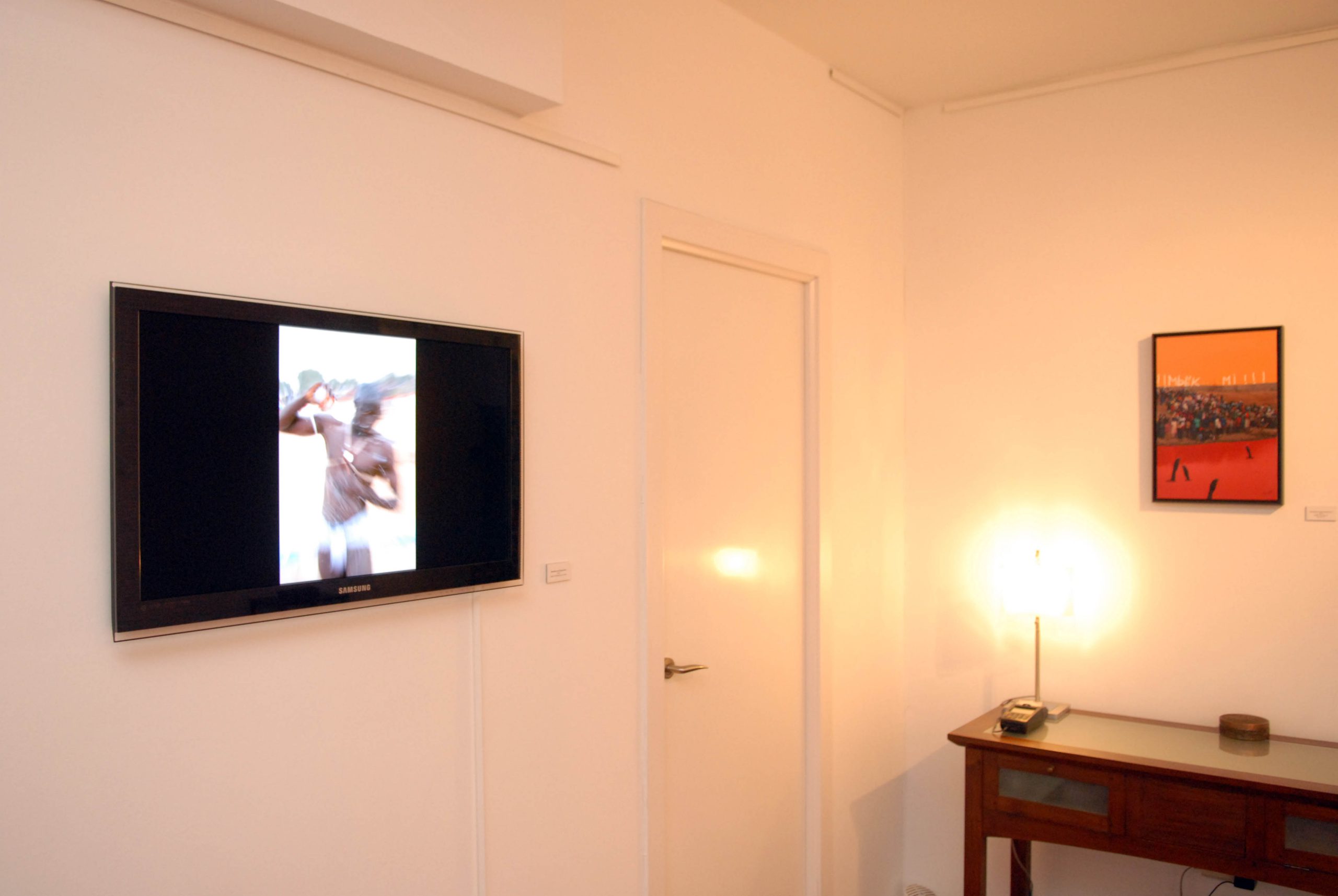 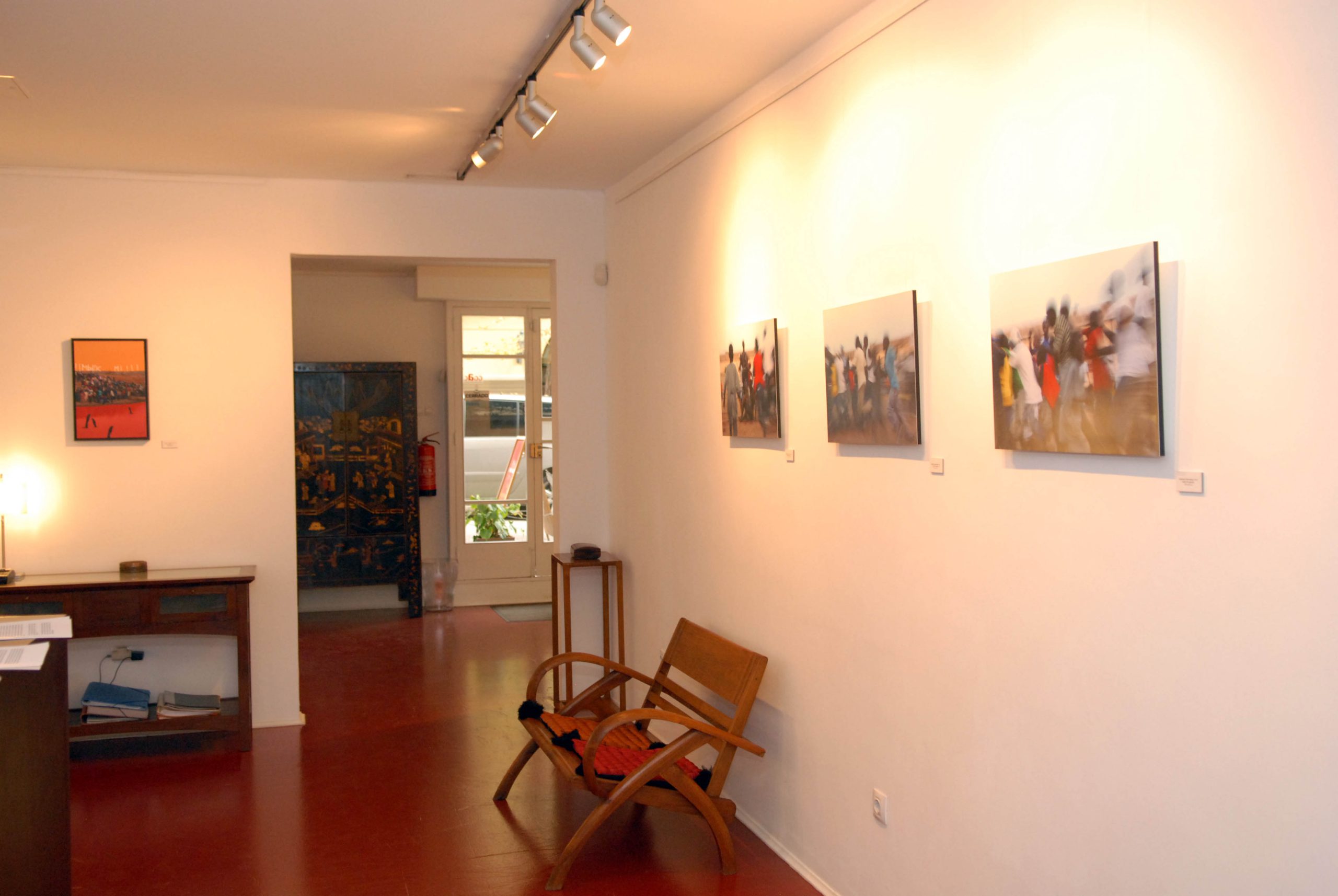